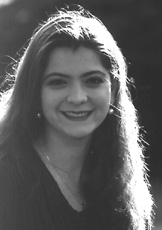 In order for man to find fulfillment and discover the purpose of his existence, he must utilize both faith and reason. Man is a being who searches for the truth, and the truth is the proper object of faith and reason. Faith and reason both support and influence each other. Without the other, each is impoverished, but together they find completeness. Thomas More spent his life unifying faith and reason, and his death was a testimony to this fact.

An inherent characteristic in man is his search for the Truth. This is exemplified throughout history by great minds and thinkers, from early Greek philosophers such as Plato and Aristotle to famous Church theologians such as Saint Augustine and Saint Thomas Aquinas. This is epitomized in Tertullian's famous question: "What does Athens have in common with Jerusalem? The Academy with the Church?" The answer is that they searched for and focused on the truth. Athens found the truth through natural revelation, Jerusalem through divine revelation, the Academy through reason, and the Church through faith.

Faith is defined in the Catechism of the Catholic Church as:

The Theological virtue by which we believe in God and believe in all that He has said and revealed to us, and that the Holy Church proposes for our belief, because He is truth itself. (1814)

This means that faith is a gift given to us from God, in which we believe as truth what He has revealed to us because He is truth, and can neither deceive nor be deceived. Faith deals with supernatural or divine revelation, which are those truths that we can never discover from natural reasoning, but only by God revealing them.

Reason deals with natural revelation, which are those truths that can be discerned by the rational mind. God is truth and created man in His image and likeness and formed man's intellect so he can search for the truth. His reason coupled with his desire to know the truth leads to the progressive discovery of the truth by observing nature around him, although this truth can be considered imperfect.

Reason can lead up to the articles concerning faith. For instance, one can prove through reason the existence of a god, but it is only through faith that we can believe in a personal God who loves all things and keeps them in existence. The tenets of faith should never contradict reason, but rather, be supported by it. Faith builds upon and perfects reason while freeing it from its limitations. Reason leads up to faith, but faith is not limited by reason. Strengthening faith, reason also creates confidence and assurance. A belief that is founded solely upon faith is never grasped as firmly as one also supported by reason. Man is a thinking creature, and he cannot firmly believe an idea unless he has understood it, or at least assented to it and declared it reasonable. This is nicely summarized in a passage by Saint Augustine:

To believe is nothing other than to think with assent.... Believers are also thinkers: in believing, they think and in thinking, they believe.... If faith does not think, it is nothing.

Thomas More's life typified the unification of faith and reason. It was because of this unification that he was so highly respected. He was known for his honesty and integrity, and because he lived in a Catholic society, his devotion added to his respectability. He also possessed an acute and erudite mind, so that others could depend on him to make intelligent and reasonable decisions. He was first appointed as a judge because people knew he would cast just verdicts and would not be influenced by bribes nor waver from pressure. Henry VIII appointed him as Lord Chancellor because Henry respected his advice and because his honorable reputation would keep the king in good standing with the people.

Thomas More's writings further illustrate his deep-felt belief in the unification of faith and reason. A prolific writer, his manuscripts can be very pointed and witty, but often deal with issues related to the faith. In his most famous work, Utopia, More combines ideas from Plato's The Republic, the writings of Cicero and the rules of monastic life to form his idealized civilization.

The book The Sadness of Christ is a work he accomplished during his time in prison. It is a poignant piece in which he describes the sorrow of Christ during His time in Gethsemane. One can imagine Thomas More's own struggle with death and sorrow as he wrote this book while he prepared to become a martyr for the faith. In this book, More addresses what Christ underwent in light of the teaching of the Fathers of the Church and revelation. He explains why Christ had to suffer, and why it is also reasonable to suffer for Christ. As a Catholic, More knew that it was necessary for Christ to die for the salvation of humankind; this was a tenet of his faith.

Owing his salvation to Christ, Thomas More could only logically conclude that he must follow the teaching of Christ and be willing to suffer and ultimately die for Him in order to attain salvation. Thomas More's writings weave a tapestry in which the strands of faith and reason are tightly intertwined together. It was because of his strong faith that Thomas More chose to die rather than sign the oath, but also because reason could not have it any other way. Henry VIII had proclaimed himself the head of the Church of England, independent of -- and equal to -- the pope. He made all his subjects take an oath that recognized him as the head of the Church of England. It was this oath that Thomas More refused to sign.

Thomas More was transformed in the eyes of his family and friends from a reasonable man into a fool who would willingly die over a "scruple of faith". A large majority of Catholics and learned men in England, including More's own family, had signed the oath. They did so believing that it did not compromise their faith or conscience. Thomas More, on the other hand, saw the significance of this oath, and could not sign against his conscience, nor compromise his salvation. He saw the Catholic faith as the truth, and the pope as its true head. Through research and study he had convinced himself of the reasonableness of the Catholic Church and his faith did not waver.

Throughout his trial and imprisonment, Thomas More conducted himself as befitted his intelligence and learning. He did not wish to die, and saw rushing to death as foolhardy. In The Sadness of Christ he wrote:

For He [Christ] hardly intended it to mean that they should never under any circumstances recoil from a violent death, but rather that they should not, out of fear, flee from a death that will not last, only to run, by denying the faith, into one which will be everlasting. For He wished His followers to be brave and prudent soldiers, not senseless and foolish.

This shows that although More did not believe in senseless death, he saw the exchange of passing life for life eternal as most reasonable. With humor he made the same point to Lady Alice. He asked her for how long he could be expected to enjoy this life and she answered, "A good twenty years".

He responded by saying, "Do you wish me, then, to exchange eternity for twenty years? Here, good wife, you do not bargain very skillfully".

So throughout his trial, More kept to the fine points of the law and was silent over the reason for his dissent from swearing the oath. In legal terms, silence is interpreted as assent, so that More could not legitimately be convicted of treason to the crown. But because Thomas More was such a well-known and respected citizen, King Henry wanted him to either sign the oath or die.

Thomas More felt that ultimately he did not have a choice when it came to his death. He could not go against his faith. When asked why he would not sign the oath, he would answer, "I would be no partaker in the matter but for mine own self follow mine own conscience, for which myself must make an answer unto God". (The Last Letters of Thomas More) While everyone saw his death as a folly, Thomas More saw that it was folly to deny the truth proclaimed by God and cast his soul to damnation. He could not live a lie and would not go against his conscience.

Thomas More died in the manner that he lived, with a cheery face, with wit, and with humor. He died because he loved the truth and refused to compromise his beliefs and his conscience. He followed the steps of those before him who were martyred for reason and truth, the men whom he most admired, men like Socrates and Cicero. More followed the example of his Savior, Jesus Christ, who not only died for the truth, but was the Truth incarnate. Death to More was a doorway unto eternal life, and he could only see it as insanity to give it up for a few transitory pleasures. Thomas More's death was a testimony to how he lived his life with faith and with reason, and how he promoted truth until his dying breath.