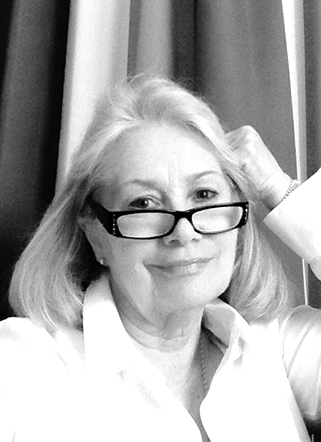 Mary Jo Anderson is a Catholic journalist and speaker whose articles and commentaries on politics, religion and culture appear in a variety of publications. She is a frequent guest on “Abundant Life”, an EWTN television program, and her monthly “Global Watch” radio program is heard on EWTN radio affiliates nationwide.   Mary Jo  was appointed to the United States Conference of Catholic Bishops National Advisory Council (NAC), 2010-2014; served as member of the NAC Executive Committee in 2011.

Mrs. Anderson is co-author with Robin Bernhoft of Male and Female He Made Them: Questions and Answers about Marriage and Same-Sex Unions, published in 2005 by Catholic Answers. (Info: http://shop.catholic.com/cgi-local/SoftCart.exe/online-store/scstore/p-CB292.html?L+scstore+csch2490ffd3add3+1180798981 )

She and her husband, Frank, live in Orlando, Florida, where they are members of St. James cathedral parish and of Legatus. They have three grown children and seven grandchildren.

The Commodification of Women and Children -- Pentecost 2012

God in My Garden: Meditations at Season's End -- Michaelmas 2008

The Roots of American Democracy -- Pentecost 2008

Is the World Ready for a Moratorium on Abortion? -- Eastertide 2008

Faith of the Eldest Daughter -- Can France Retain Her Catholic Heritage? Lent/Easter 2003 Vol. XVIII, No. 1

NGOs: Key to Defense of Traditional Family? A Report on the Beijing + 5 Struggles Summer 2000 Vol. XV, No. 2

Mary Jo's debate with a lawyer from the Independent Gay Forum on "Is Gay Marriage a Civil Right?" http://www.publicsquare.net/

She was not permitted to use religious arguments in favor of marriage--only natural law, science, human custom, etc.

Please take a moment to visit the debate and put in your thoughts in for authentic marriage.

Ramadan a time of military favor?
1,300 years after decisive Battle of Tours, Muslims still wonder why they lost

As the day dawned over Lepanto, in Rome Pius V called the faithful to the Basilica of Santa Maria Maggiore. *There he led the people to pray the Rosary and ask the Mother of God to intercede on behalf of Christian Europe. Throughout the morning prayers were offered for the victory of the Christian fleet. Near noon the Pope is said to have had a vision of the victorious Christian fleet and shouted in joy, “Our great task at present is to thank God for the victory which He has just given us.” To this day, October 7th is celebrated by Catholics as the Feast of the Holy Rosary. *Keep the faith! MJA -- Click link for related article posted: October 7, 2006 - © 2006 WorldNetDaily.com: GLOBAL JIHAD, Clash of civilizations: Battle of Lepanto revisited, Today marks anniversary of crucial war between Islam and West

Clarity amidst the confusion: What did the Synod on Families really say about homosexual persons?

Despite the tangled news reports and sensational headlines, synod participants are making clear statements this week regarding the Synod's position on pastoral care for persons with homosexual inclinations. Here is a concise report from the Pastoral letter on The Synod from Cardinal Nichols, Archbishop of Westminster:

"There has been much talk about how the Synod reflected on the situation of people of a same sex attraction. There was no suggestion that the teaching of the Church might somehow give approval to the notion of 'same-sex marriage' or that its teaching on sexual morality is to change. However two things were very clear. The first is that we should never identify people by their sexual orientation. Every person is endowed with unique dignity, both as an individual and as a Christian. This dignity is always, always to be respected. Secondly, it is the teaching of the Church that they are not only to be respected but also always accepted, with compassion and with sensitivity (Catechism of the Catholic Church 2358). This teaching has to be translated into loving care, in our daily life in the Church, in our parishes, and indeed in society. "

The Game of Gossip

Did you play the game of gossip as a child? There was a statement and it was whispered from ear to ear around a circle of players until it made the full circle. And by the time returned to the original speaker, the statement was not only incorrect, it was often completely inverted.

Something similar is at work at the Extraordinary Synod on the Family here in Rome. The pressure is building to finish the Synod document by the Saturday deadline. Rumors of factions within the Synod, rumors of what will stay or be removed from the document are zinging back and forth. It is difficult to know what is accurate.

This is what is clear: some cardinals and bishops have boldly stepped up and said they would not permit any new proposals that conflict with scripture or Church teaching. But they do have a battle on their hands: There are other cardinals in the synod who insist that some accommodation with the world must be made, at least in pastoral practice. Others refuse that gambit, because pastoral practice must reflect doctrine. A giant tug-of war is at work.

The pressure from the world of accommodation is intense. A prominent homosexual lobby has launched a campaign in the cities of where bishops, like Abp. Cordileone of San Francisco, or Abp.Joseph Kurtz of Louisville, have refused to soften on issues of same sex unions.

However, as several bishops have said here, the Church has always had to battle to defend the Deposit of Faith in every era of history. That long range view is one to adopt when you open the paper to read worrisome headlines. There is a battle, we must pray and speak out boldly for the truth, but be of good cheer because we know: The gates of hell shall not prevail.

This wonderful ( short) video from Australia's Cardinal Pell. He reassures us that the radicalization will not stand. But, as he asks, keep praying.
https://www.youtube.com/embed/LlLqQJE9G_8

Yesterday I had lunch with Archbishop William Skurla, of the Byzantine Archeparchy of Pittsburg, who is a member of the Synod on the Family. Over risotto we discussed what people all across Rome were discussing, the just released "relatio" or midterm report on the Synod.

Some of the language in the report is troubling. Some of the proposals under consideration are causing jitters. However, as Abp. Skurla cautioned, "We are not at the end; let's let the process work." A veteran of other synods, Abp. Skurla expects a balancing out of the document by the end of the Extraordinary Synod on Sunday. After that, the Church will spend a year in discussion, and refinements and additions will be made before the regular Synod on the Family is convened in October of 2015.

He said that within the meetings (closed to the public) more was happening than was reported in the press. When asked for an example he replied with an amused twinkle, "Well, this morning Pope Francis handed out cookies with espresso." -----Mary Jo Anderson

There was a great sigh of relief at the. Vatican press office during the afternoon briefing. Cdl. Napier admitted that the "Relatio" the working document that was released yesterday included wording that "upset the synod fathers." The cardinal said that the document was misinterpreted and clarifications would be made, but also, there was now a situation of damage control. Journqlists pressed hard, trying to understand who authorized the publication of the document. The response from Fr. Lombardi was that it part of the synod process, a process that is almost 50 yeas old. The general admission is that "a message went out that was not true." And until the synod votes on the refined and clarified proposals there is no "ownership" of the document yet.

The Extraordinary Synod on the family approaches the end of its first week. The Catholic press and Twitter have kept a steady buzz going to insure that all the hot button issues dominate the reports. Of course, the secular media attempt to portray synod deliberations as an opportunity for the Church to "change" rules concerning communion for the divorced and remarried, to be more welcoming and compassionate to homosexuals and to drop "hurtful" language such as "cohabitation" or "contraceptive mentality." More to come on these points over the weekend.

How difficult it is for very good news to break through such a thicket of microphones. But there has been good news that few have noted. Yesterday the synod, with 161 bishops present, desired that the Church's condemnation of genetic manipulation and cryopreservation of embryos [be] reiterated forcefully."

The statement was timely. In France, last Sunday, over a million people and families marched to protest the redefinition of marriage and attendant manipulation of embryos, the use of surrogate mothers and other forms of genetic assault to accommodate homosexual pairs. In most Western nations there is a relaxed ethic toward these invasive technologies. However, unless citizens, supported by the Church, move preemptively to prevent it, the homosexual lobby will soon push for laws that guarantee a "right to reproductive technologies." Yesterday's statement at the synod should be shouted from rooftops.
http://la-dissidence.org/2014/10/01/manif-pour-tous-encore-un-effort-pour-etre-conservateur/