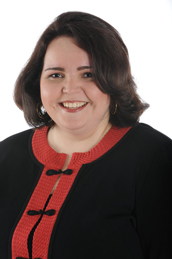 An award-winning opinion journalist who has been praised for her “editorial daring,” Lopez is also a nationally syndicated columnist with Andrews McMeel Universal’s Newspaper Enterprise Association.

Besides commissioning, editing, and writing pieces as editor and now editor-at-large of NRO for more than a decade, her work has appeared in the Wall Street Journal, New York Post, The Human Life Review, First Things, and Stars and Stripes, and on the websites of the New York Times and CNN among other publications, internationally.

She writes frequently for a variety of Catholic publications including Our Sunday Visitor and The National Catholic Register, and is a columnist for the Knights of Columbus’s Headline Bistro.

Among many, varied places, her work has been cited in Playboy (they were not fans).

Lopez is a frequent guest on radio and television programs internationally, from PBS and CNN to EWTN and Vatican Radio. She has been a guest host on William J. Bennett’s nationally syndicated morning show.

In 2002, Lopez and National Review Online were awarded the Center for Military Readiness Spotlight Award for national-defense coverage. She has been recognized by Feminists for Life, the Bioethics Defense Fund, and Manhattan’s Midtown Pregnancy Support Center for her culture-of-life commentary and reporting.

Commonly known as “K-Lo” online, on talk radio, and around Washington, Lopez speaks frequently on faith and public life, the dignity of human life, and feminism, among other topics. She has addressed events sponsored by Legatus, the Knights of Columbus, the American Political Science Association, the Heritage Foundation, the Fellowship of Catholic Scholars, the Milken Institute, and has spoken on the campuses of Harvard, Yale, the University of Notre Dame, the Franciscan University of Steubenville, and Ave Maria University, as well as at Lincoln Center and the National Press Club.

She is a graduate of the Catholic University of America in Washington, D.C., where she studied philosophy and politics. She has been a fellow at the Claremont Institute and serves on the Archdiocese of New York’s Pro-Life Commission. Lopez serves on the boards of the Cardinal Newman Society for Catholic Higher Education and Women for Faith and Family.

She can be found (for better or for worse) on Twitter, Facebook, and e-mail and blogs casually on Catholicism at Patheos.

Yes! A Woman Points All Mankind to Freedom — Lent Easter 2013

Blessed Woman! Blessed, We are as Women! -- Advent Christmas 2012

A Mandated Call to Renewal - Beginning with Ourselves -- Michaelmas 2012

The Good News in the Media -- Feeling under siege? There is good news about the Good News, too. -- Lent - Eastertide 2012