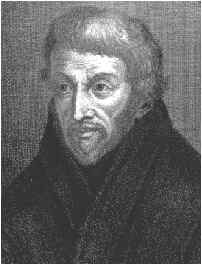 (1521-1597) Born in Holland, he joined the Society of Jesus in 1543. Living for many years in Germany, he defended the Catholic faith through his writings and teaching in addition he founded several Catholic colleges. His famous Catechism was published in 9 languages, going through 55 editions in only ten years.

Collect:
O God, who for the defense of the Catholic faith
made the Priest Saint Peter Canisius
strong in virtue and in learning,
grant, through his intercession,
that those who seek the truth
my joyfully find you, their God,
and that your faithful people
may persevere in confessing you.
Through our Lord Jesus Christ, your Son,
who lives and reigns with you in the unity of the Holy Spirit,
one God, for ever and ever. +Amen.

First Reading: 2 Timothy 4:1-5
I charge you in the presence of God and of Christ Jesus who is to judge the living and the dead, and by His appearing and His kingdom: preach the word, be urgent in season and out of season, convince, rebuke, and exhort, be unfailing in patience and in teaching. For the time is coming when people will not endure sound teaching, but having itching ears they will accumulate for themselves teachers to suit their own likings, and will turn away from listening to the truth and wander into myths. As for you, always be steady, endure suffering, do the work of an evangelist, fulfil your ministry.

Gospel Reading: Matthew 5:13-19
"You are the salt of the earth; but if salt has lost its taste, how shall its saltness be restored? It is no longer good for anything except to be thrown out and trodden under foot by men.

"You are the light of the world. A city set on a hill cannot be hid. Nor do men light a lamp and put it under a bushel, but on a stand, and it gives light to all in the house. Let your light so shine before men, that they may see your good works and give glory to your Father who is in heaven.

"Think not that I have come to abolish the law and the prophets; I have come not to abolish them but to fulfil them. For truly, I say to you, till heaven and earth pass away, not an iota, not a dot, will pass from the law until all is accomplished. Whoever then relaxes one of the least of these commandments and teaches men so, shall be called least in the kingdom of heaven; but he who does them and teaches them shall be called great in the kingdom of heaven".

Today’s catechesis is on the life of Saint Peter Canisius. He was born in the Low Countries, and as a young man became one of the early followers of Saint Ignatius of Loyola. Three years after his priestly ordination in Cologne, he laboured intensively for the religious and moral reform of the people as well as for the improvement of academic life in the University of Ingolstadt. He founded the College of Prague, and was named the first Superior of the Jesuit province in Southern Germany. From there he oversaw the Society’s communities and colleges which quickly became major centres of Catholic reform. During this period, in the tumult of the Reformation, he took part in many civic and theological disputes. He published devotional literature as well as catechisms popular for their Biblically-inspired responses. Even in his later years in Fribourg, Switzerland, he remained extremely active, dedicating himself to writing and preaching. Pope Leo XIII proclaimed Peter Canisius the ‘Second Apostle of Germany’, and he was canonized and named a Doctor of the Church by Pope Pius XI. His significant contribution to catechesis is second only to the example for us of his disciplined Christ-centred spirituality, finding in the liturgy, daily prayer and devotion to the heart of Jesus the strength and inspiration to carry out well his innumerable tasks.