The Internet
A New Frontier for Proclaiming the Gospel 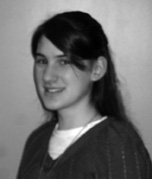 Anna, 16, is from Bethel, Ohio and is the second-oldest of six children. She is home-schooled and her interests include piano and training her horse and dog. She wrote this essay for her English class.

Do you see the internet as a malicious monster draining all good from today’s society? Do you wish it had never been invented? Believe it or not the Church actually takes quite a different view. The Church sees the internet as a new forum for proclaiming the Gospel, which enables her to reach out to the multitudes in ways never before imagined and provide the faithful with immediate access to countless sources of spiritual support and inspiration.

So what exactly is a “new forum for proclaiming the Gospel”? In the Ancient Roman world, the forum was a public space, a center of business, politics, religion and social life. It displayed the best and worst of human nature; it both formed and reflected contemporary culture.

Likewise, the internet has now become a center of business, politics, social life and contemporary culture, a place in dire need of the light of Christ. Throughout history the Church has encountered many cultural and social thresholds. The communications/information revolution that brought about the internet is, in essence, no different from the Renaissance and the invention of the printing press or the industrial revolution and the advent of the modern world.

Each of these “new frontiers” that the Church has faced has been full of both danger and promise, requiring energy and imagination to develop new forms of evangelization. To denounce the internet as nefarious would be like saying that books are evil. Yes, both have the potential to be used for great destruction, but both also have potential to be used for great good. It is our duty to ensure that the latter and not the former is the case. “Hanging back timidly from fear of technology or for some other reason is not acceptable, in view of the very many positive possibilities of the internet” (Pontifical Council for Social Communications: The Church and the Internet §10). Indeed, the internet is a new forum in which to proclaim the Gospel of Christ to the modern world.

The internet aids the Church in fulfilling her mission to spread the Gospel even “… to the ends of the earth” (Acts 1:8). It has brought about many unique and different forms of evangelization. E-mail is a quick and inexpensive way to communicate to millions. Through their web sites, various institutions within the Church can spread the Truth of Christ to a world consumed by lies and deceit.

One of the benefits of the internet is the ability for documents to be effortlessly and efficiently distributed. When the pope issues an encyclical, for example, it is posted on numerous web sites, and all one has to do is download it. Think of how many more people read the writings of the Church now that they are so easily accessible.

In addition, video clips and podcasts of anything from daily Masses to papal audiences and inspirational speakers are available online. Now the fire and enthusiasm of those who work to spread the Gospel can benefit millions more than ever before, right in the comfort of their own homes. In an effort to reach the younger generations, the pope has even launched his own channel on YouTube. Clearly, in her mission of evangelization, the Church tries to embrace and sanctify culture rather than condemn and reject it.

Another distinctive feature of the internet is the ease of two-way communication. If one has a question or misconception about the Faith, there are sites and forums were he can submit his questions and receive answers from qualified theologians. Thus, the internet opens the threshold to countless new and innovative ways to share the message of Christ with the world.

Although much good may come from the internet, it is important to remember its limitations. As the Pontifical Council for Social Communications (PCSC) says in the 2002 document “The Church and the Internet”:

Virtual reality is no substitute for the Real Presence of Christ in the Eucharist, the sacramental reality of the other sacraments, and shared worship in a flesh-and-blood human community. There are no sacraments on the internet; and even the religious experiences possible there by the grace of God are insufficient apart from the real-world interaction with other persons of faith. (§ 30)

[There is a companion document, issued at the same time, called “Ethics and the Internet”. Both documents are accessible on the Vatican web site. — Ed.]

The internet may be instrumental in leading souls to the Church and in supplementally supporting the faithful in their journey to Christ, but in no way can it replace a true Christian life rooted in prayer, the sacraments, loving service, and fellowship with others.

Through the internet the faithful have access to a multitude of spiritual support, information, and inspiration. Many of the writings of the Church Fathers, the saints, the pope, and local bishops’ conferences are posted on the internet. Furthermore, many web sites have biographies of saints — from a list longer than one can imagine.

Various places post prayers, songs, daily Eucharistic readings and much more. There are even sites that post Mass times all over the world. If one wishes to learn about nearly any topic related to his faith, he need only type it in his internet browser — though, as in any situation, he must still be mindful of his sources in order to avoid erroneous information.

Many online resources are also available for those involved with youth ministry and catechesis. Moreover, the internet, to a certain extent, provides opportunities for communication and fellowship with others. Thus, the internet is bursting with wonderful sources of spiritual support and inspiration.

“The Church in every age continues the work begun on the day of Pentecost when the Apostles, in the power of the Holy Spirit, went forth into the streets of Jerusalem to preach the Gospel of Christ in many tongues” (John Paul II, “Internet…” § 3). Throughout the centuries she has continued her mission of bringing the message of Christ to the ends of the earth, adapting her methods to different cultures and societies, but never changing the Truth she proclaimed. Hence, the internet cannot be viewed as evil or an obstacle preventing evangelization but rather as an opportunity for new and innovative evangelization. It is a new frontier through which the Church reaches out to the multitudes in darkness with the light of Christ. ?

Women for Faith & Family’s Voices Young Writers Award is to be given to the best essay written by a Catholic student aged 12-18 as part of a class assignment.

The paper, to be submitted by the teacher, school official or parent, should be between 1,000 and 2,500 words in length, typewritten, and may be on any aspect of the Catholic faith and moral teaching.

Entries are to include a description of the school or home-school, the class for which it was written, the name, age, and photograph of the student. Entries for the Pentecost issue must be received by April 26, 2010.

Winning entries will be published in Voices and on the WFF web site, and the author will receive an award of $100.