Mary, Marie and a Mother's Love 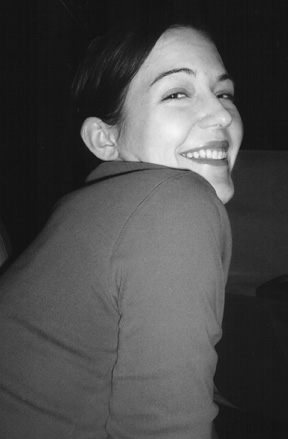 I became enamored of our Blessed Mother Mary in grade school. I wanted desperately to be just like her and so I promised that a) I would also be an eternal virgin and b) I would name my first daughter after her. I was too young to realize that these things were mutually exclusive but I did fulfill the last part. Marie Dorothy Valko was born on July 23, 1979, two days before my 30th birthday.

From the beginning, Marie was a joy. She followed the baby books’ milestones to the letter unlike her big brother, nicknamed “superbaby”. Marie was the family clown who kept laughter in our lives after her baby sister Karen died when Marie was three. She mourned a sibling lost in miscarriage and insisted on naming him or her. She and her brother named the baby Jeff Candy and then Marie was satisfied. When Marie was six, she celebrated the birth of her adored little sister, Joy.

Marie excelled at dancing and the flute. She was so loving toward the special-needs children that I babysat for after her baby sister Karen, who had Down syndrome, died that I thought teaching special-ed might be her calling. She had more friends than I could keep track of and loved Girl Scouts. When Marie was twelve, one of my friends remarked that I had the perfect daughter. But I knew, even then, that Marie was a fragile house of cards ready to tumble. At 14, she tumbled.

For the next 16 years, she struggled with substance abuse and other related issues. But despite her serious problems, she also developed into a brilliant, beautiful, caring and quirky woman who always could make us laugh.

When she became pregnant at 18, Marie rejected abortion, but struggled with what would be best for the baby — adoption or keeping her. I told her that I couldn’t tell her what to do but that I would support either decision. Her best friend and I were with Marie when she delivered my beautiful first grandchild, Meg. Marie reluctantly decided on adoption as the best option for the baby but was blessed when Meg’s wonderful adoptive parents let Marie see Meg regularly. Meg knew from the start that Marie was her birth mother. Marie looked forward to every Mother’s Day when Meg was old enough to call or send her a card.

Despite her many problems, Marie worked hard to achieve her dreams. After nine years at various colleges she finally achieved her degree in mechanical engineering at age 28, but she lost her first job. She tried all sorts of jobs after that, though she could no longer keep her anxieties at bay long enough to hold them, even with therapy and medication.

Marie was overjoyed and even triumphant when I married my dear husband Kevin in June 2008. Marie insisted on being my maid-of-honor at our wedding. I began to hope again. However it was soon apparent that Marie’s improvement was only a break in the clouds.

Marie moved in with her younger sister this summer and was finally able to work several hours a week stocking merchandise. She and her sister renewed their close ties. She was moved to tears when her brother bought her a bike to help her get to work more easily.

But on a beautiful October afternoon, a detective came to inform me that Marie had been found dead of an apparent intentional drug overdose. It was October 10, 2009, and Marie was just 30 years old.

The pain that day was almost unendurable. I had an overwhelming urge to hold my beloved daughter in my arms again. As a nurse for 40 years, I have seen a lot of suffering and Marie’s suffering truly broke my heart. Anything other than a natural death profoundly intensifies the grief when a loved one dies. Marie struggled mightily for many years, tortured by thoughts of suicide. All of us — family, friends, therapists — tried everything we could think of to overcome her self-destructive impulses. Yet she told me she still felt like a burden despite all of our reassurances. How wrong she was!

The day before Marie died, I’d received the Advent issue of Magnificat, which contained a reflection I had written many months before, “The Joy of Healing”. And this joy — and hope — of healing was very evident at Marie’s memorial Mass. The church and later the church hall were packed with Marie’s friends from about every stage in her life, family, Kevin’s and my friends, my children’s friends and schoolmates, and even one of Marie’s former therapists and my own beloved high school English teacher. Marie’s eleven-year-old daughter, Meg, sat in the family pew along with her adoptive mother.

The memorial Mass was inspiring. Marie’s brother and sister helped plan the liturgy, and even did the readings themselves to honor their sister. My wonderful stepdaughters brought up the offertory gifts. Family and friends helped to distribute Communion. My sister and sisters-in-law prepared the meal after the Mass.

Marie’s brother, sister and cousin had worked for days going through my piles of old photos to make three photo collages of Marie’s life to display in the church hall. I told people who didn’t know Marie that the photos would show them what a special person she truly was. Marie’s cousin even set up a website with those pictures, www.flickr.com/photos/marievalko/.

There were many stories, much laughter and, of course, a fair amount of tears. Hope began to emerge from our deep sense of grief and loss. My little granddaughter was so sad at losing her birth mother, Marie, but by the end of the night, Meg was finally able to smile, and the little box of Kleenex she clutched appeared unopened. Our whole family has grown closer and old family rifts are being healed. As my dear mother used to constantly say, “God is good”.

The old saying “God never sends us more than we can bear” is not really true. No mother is strong enough to bear the death of her child alone, without God’s help, as I learned when my daughter Karen died. The reality is that God doesn’t send us heartaches and sorrow. Our sinful world produces atrocities on its own. But what God, in His merciful love, does do is to send us the graces we need to deal with our own circumstances if we just open our hearts to Him.

One of those graces we have received is that so many people have contacted us offering their prayers. I know that saying “I’ll pray for you” often seems inadequate; but, miraculously, I believe these prayers have allowed us to focus on the love and laughter we had with Marie instead of the tragic circumstances of her death. It is prayer that gives us our hope, our confident hope, that through God’s great mercy Marie will, at last, receive peace — joyful peace — that she could never experience in this life.

As I lay down in bed utterly exhausted after Marie’s memorial Mass, I started to cry — but then I had a kind of vision: the Blessed Mother Mary was holding a sleeping Marie in her arms, wrapped in a comforter. Mary was smiling and saying, “Don’t worry — I’ve got her.” I had to smile through my tears. Marie will be safe at last.

Nancy Valko, a registered nurse from St. Louis, is president of Missouri Nurses for Life and a spokesperson for the National Association of Pro-Life Nurses. She is a Voices contributing editor, and her “Bioethics Watch” columns are featured in most issues.