Voices Young Writers Award
The Year of the Priest 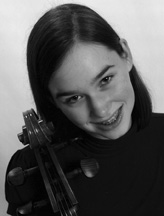 Clare Jensen, although previously home-schooled, now attends Seven Lakes High School in Katy, Texas, as a junior. She is taught religion at home by her parents. She is 16 years old and has written this paper as part of her religion class.

A priest forever. These three words speak tellingly of the priesthood and the life led by those called to it. A priest’s duties continue every hour of his life, both waking and sleeping: he serves others in the sacraments, in daily life, and even when on vacation. He should devote his life to the lives of others. Ordination affects the soul of a priest forever — through this life and the next. The priesthood, like parenting, is a vocation — not a job. Parents guide their children, priests guide their parishioners. Parents feed their children materially, priests feed their parishioners spiritually. Parents love their children, priests love their parishioners. The essence of both roles lies in serving others.

At the Last Supper, Christ speaks of Himself as a servant: “I am among you as the one who serves” (New American Bible, Luke 22:27). God calls each human person to service, but He calls priests in a greater sense. Every day when they celebrate Mass, they feed the souls of the faithful with inspired words of Sacred Scripture, a spiritual message in the homily, and the Most Holy Body and Blood of Christ. In Reconciliation, they act as Christ’s instruments in freeing man from his sins. In Baptism, they bless the world’s newest Catholics with guiding graces, launching the craft of the soul on its quest through this world and toward the next. In the Anointing of the Sick, they fortify the soul with Holy Viaticum for the final journey, and support the dying as well as friends and relatives by reminding them of the true mission of this life. Christ served others, so priests, who act “in the person of Christ” should follow His example.

The sacrifice of the Eucharist is considered the life source of the priesthood. A priest’s daily proximity to Christ’s sacrifice on the cross through the sacrifice of the Eucharist allows him to observe and imitate Christ more closely than is possible for the laity. Priests are called to a closer communion with this sacred mystery of Christ’s Body and Blood. Living each day with this constant and vivid reminder of Christ’s death, every word, thought and deed should reflect the love of this beautiful sacrifice. In his service to others, a priest should “take the Mass with him into his work” (Van Zeller 45).

Saint John Vianney, the patron of parish priests, was almost not ordained. His struggles in his studies caused many to question his vocation. He even failed the exams at the seminary. He was ordained, however — although ironically he was initially denied permission to hear confessions. Three years later, John Vianney was assigned to Ars.

Today, Ars has been made famous through his name, but at the time, Ars was a tiny town with poor morals, and the inhabitants’ reception of John Vianney was hardly welcoming. The young priest visited his parishioners as a first step toward rejuvenating the religious community in Ars. In becoming acquainted with his spiritual children, he could come to better understand their day-to-day lives and better serve them in their trials and joys. He also founded an orphanage for young girls, and instructed them in religion himself: his classes were so well-received that he began to teach the public as well. And this was the man who had failed his seminary exams! In spiritual training, he far surpassed more learned men.

The time John Vianney spent serving others in the confessional provides an extraordinary example of his dedication to souls: he sometimes remained in the confessional for sixteen to eighteen hours a day. His ability to discover unconfessed sins saved many souls.

Three times, the Cure of Ars attempted to leave Ars in search of solitude. But the opposition to this step finally persuaded John Vianney that God’s will for him lay in Ars, serving others and not his own desires, and he willingly returned to his post. Despite continued harassment by the devil, John Vianney remained steadfast in his faith and his vocation until his death. Everything for others and nothing for himself might have been his motto. He expended every drop of his energy to serve God and save souls. His strength lay in serving, not in learning.

Priests “help the world most by being as little like it as possible” (Van Zeller 26). A servant assists his master and his master’s family, but keeps separated from the frivolity and gaiety of the rest of the household. He serves best by being apart. To be in the world but not of the world requires supernatural assistance. Priests have faults, just like everyone else: they are human. Special graces from God, given by the Holy Spirit at ordination assist the priest throughout his vocation. The priest, however, must accept and cultivate these graces to fully avail himself of this opportunity.

The celibate state required for the priesthood assists ordained ministers in fulfilling their religious duties. A priest takes the Church as his bride, so as to remain faithfully united to Her and Her mission. Without the needs of a family of his own, he can better minister to the family of the Church. The inevitable distractions of the married life do not hinder his relationship with God when his sole responsibility lies in caring for Christ’s own Church. A priest is a father to all people equally.

“It is the priest’s job ... to love as many of God’s creatures as he can” (Van Zeller 32). As in all vocations, love is the apex and the zenith, the alpha and the omega, the beginning and the end, the central virtue to be cultivated. In a special way, the priesthood requires this virtue. To serve others selflessly and with complete humility requires immense charity.

Christ possesses this humble love to the fullest extent: He is Love itself. Throughout His life on earth, He served others: He was born for others, He lived for others, He died for others, He rose from the dead for others. Christ’s complete giving of self creates an ideal for priests to imitate in their own lives. To live, die, and ascend to heaven, always in service to others.

John A. Hardon, The Catholic Catechism: A Contemporary Catechism of the Teachings of the Catholic Church. New York: Doubleday, 1981.