Thomas More: A Saint for Today 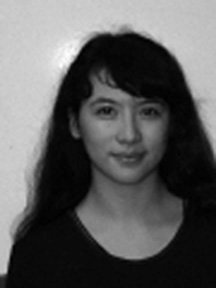 Bernadette Pfang — our Voices Young Writers Award winner — lives in South Croydon, a suburb of London, and is being educated at home along with her six brothers and sisters. She attends St. Bede’s Church, Clapham Park, South London.

She was the winner of a similar Young Writer Award in Britain, organized by Voices contributing editor Joanna Bogle through the Catholic Writers’ Guild. Mrs. Bogle suggested that Voices publish their 2007 winner’s essay, and we are very pleased to do so.

Saint Thomas More (1478-1535) is best known to the world as the courageous statesman who died in defense of the papacy. While Thomas’s martyrdom is rightly seen as the crowning point of his life, we can fail to realize that his heroic death was the fruit of some sixty years spent in striving for holiness. To be faithful in great matters presupposes fidelity in small affairs; as his world shook and crumbled around him, those years employed in pursuit of virtue gave Thomas the strength to stand firm in the face of overwhelming opposition. Even though Saint Thomas More lived and died some five centuries ago, the example of his life and death is as relevant as ever to people struggling to follow Christ in the world of today.

An endearing characteristic of the saint is his dedication and love for his family. The benign atmosphere of the More household in Chelsea found its origin in the wise and benevolent spirit of its master. Thomas’s son in law, William Roper, tells us that he “never saw him [Thomas] in a fume” (Roper 41). Considering that the family was both large and busy, we can surmise that Thomas possessed a patience which we would do well to imitate!

The children’s education was a major concern for their father, who expected them to be proficient in Latin, astronomy and other subjects of the period. But, most importantly, he wished them to grow in virtue, and to this end he would often encourage them to “take their troubles patiently ... [and] to withstand the devil and his temptations valiantly” (Roper 33). Mothers and fathers are not the only ones who can learn from Saint Thomas, however; his care and respect for his father, who died in his arms, remind children of the love and obedience they owe their parents.

To the outsider, Sir Thomas More’s lifestyle seemed to befit the dignity of his position as intimate advisor of the king. Beneath his robes of office, though, lay the hair shirt of the penitent (Roper 49). Although he could have taken advantage of his job as lawyer to grow rich on bribes, he never did, as those who tried to convict him of dishonesty found to their cost. Coupled with honesty was a great love for justice, demonstrated in Thomas’s remark that, “if the parties will at my hands call for justice, then all were it my father stood on one side, and the devil on the other, his cause being good, the devil should have right!” (Roper 45)

Nevertheless, Thomas was far from being a “career disaster”. A born diplomat and master of legal wordplay, he reached the dazzling post of Lord Chancellor — second only to the king himself — before resigning in silent protest to Henry VIII’s bigamous marriage to Anne Boleyn. Besides giving us a pertinent illustration of our Lord’s advice to be “as wise as serpents and as innocent as doves”, Thomas’s example shows us just how far we may go to further our worldly ambitions: until they go against God’s law and our conscience.

Notwithstanding his public duties and busy family life, Thomas More always found time for prayer. In order to facilitate this, he had a chapel built away from the bustle of the main house, where he spent hours “in devout prayers and spiritual exercises” (Roper 33). Although most of us lack the means to construct our own private chapels, we should endeavor to spend at least ten minutes in prayer each day, for “prayer and Christian life are inseparable” (Catechism of the Catholic Church 2757). Thomas also had a profound love for the liturgy of the Church, especially the Mass; he was accustomed to praying the Divine Office daily and made a point to go to confession and Holy Communion before any major event in his life.

During his year’s imprisonment in the Tower of London for refusing to sign the Oath of Supremacy, which among other things proclaimed Henry VIII head of the Catholic Church in England, Thomas maintained his cheerful spirit. Even on the way to his execution, he was able to joke with his guards and comfort his friends. This heroic attitude to death was not acquired suddenly. Like most people, Thomas recoiled from physical suffering, confessing to his daughter Margaret that he found himself “much more shrinking from pain and death than [he thought] it the part of a faithful Christian man.” (More 237) His last major work, De tristitia Christi, was a meditation on how to overcome this fear of suffering — by pondering the passion and death of our Lord.

Thomas was brought to the scaffold on July 6, 1535. After he had called those present to witness that he died “in and for the Holy Catholic Church” (Roper 94), the axe fell, bringing to conclusion his earthly life. Thomas’s victory over his human weakness, gained through prolonged effort, encourages us to fight harder in the spiritual warfare of day-to-day life. Father, statesman and martyr, Thomas More is truly a saint for our times.

Back to top -- Home -- Back to Table of Contents