Taking a Stand for Life 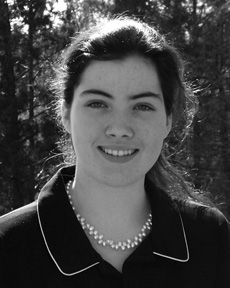 This is the story of how I went from being a person interested from a distance in the scientific and ethical aspects of the embryonic stem cell debate to a person who is passionately and personally committed to protecting embryonic human life.

For some weeks I had been attending different informational talks on the upcoming embryonic stem cell petition drive here in Missouri. The petition sounds vaguely pro-life and the organization promoting it, the Missouri Coalition for Lifesaving Cures, is very well-funded and has attracted the support of many powerful interests and influential Missourians, most notably former Senator John Danforth.

But the wording on the ballot for the Missouri Stem Cell Research and Cures Initiative is misleading. For example, it claims to outlaw human cloning. Yes, the amendment will outlaw cloning that is intended to result in a baby. But the amendment will not outlaw -- indeed it will legalize -- the cloning of hundreds and thousands of human embryos for a deadly purpose, the harvesting of stem cells -- a procedure that kills the embryo. In short this amendment will allow the creation of human lives just so they may be intentionally destroyed and used in medical experimentation.

While the wording is being challenged in court, petition-gatherers are going forward collecting the approximately 150,000 signatures that they need to place this Missouri Constitutional amendment on the November 7 statewide ballot. When I encountered a petition-gatherer outside the Sachs Library on a Saturday afternoon, I knew exactly what she was doing and I knew where I stood on the issue. I also knew that what she was telling the prospective signers was largely false.

I did not confront the woman with my personal stand, but simply declined to sign the petition. Something had upset me about seeing her there, but my mom’s suggestion after I returned home was even more disconcerting. Go back and give my position? I’m only seventeen years old. Stop total strangers and impose on them my side of the argument? As outspoken as I am, that didn’t strike me as a dream Saturday.

As I thought a little more on the matter, I realized that for several weeks I had been learning about this initiative, closely following the issue, shaking my head at the deception, saying it needed to be defeated. But now faced with taking action, not merely thinking and talking, I was falling short.

With my younger sister Maggie along for moral support, I decided to head back to the library to give every prospective signer their right -- the knowledge of what they were really affixing their names to! When I returned to the library I found the petition-gatherer very willing to chat about things in general, but unwilling to engage in a reasonable discussion about the petition. Whenever we seemed to be getting somewhere she would change the subject.

I took a very friendly approach and remained cheerful. I would let the petition-gatherer go through her opening comments and then step forward and give my remarks. For the most part I simply pointed out that there had been no cures with embryonic stem cell research. Several people were immediately repelled just by the knowledge that the initiative deals with embryos. I convinced one person not to sign because of the overwhelming number of cures with adult stem cells and the total absence of cures with embryonic stem cells. But tragically, some people signed wholeheartedly.

After several library patrons shied away without signing, the petition-gatherer walked inside. Soon all the librarians were looking out the window at Maggie and me! We were standing the regulation twenty-five feet from the doors and were quite peaceful so we were not asked to leave.

Maggie and I stood outside for four hours in the rain. Although she had convinced about 15 people to sign the petition in the first hour, the petition-gatherer seemed discouraged. She ended up spending the greater part of the final three hours inside the library! I hope that even those who signed the petition went home and looked into this referendum a little closer.

Every argument about the petition that day came down to the same fundamental question, when does life begin? This is a huge life issue. The Catholic Church accepts the scientific fact that life begins at conception. But researchers in favor of embryonic stem cell research ignore the many medical textbooks that teach this medical fact. Instead they view the little blastocyst as a useful clump of cells. We must take a stand for life at this, its earliest stage, or protestations at later stages of gestation are futile.

Once the pro-life community is alerted to this fact, as many are, it is reasonable to argue against this initiative from other perspectives. It is clear that embryonic stem cell research is highly speculative, given that it has yielded no cures whatsoever despite extensive research in other countries. In comparison, adult stem cells have yielded thousands of cures for more than 65 diseases.

It is essential to stress that adult stem cell research is entirely ethical. Adult stem cell research is bringing real cures and hope to thousands of people, yet does not require the amending of our constitution. In addition, the complete absence of accountability for researchers found in this amendment is a cause for concern, as is the possibility that taxpayer money will be used to fund this unethical and unproductive research.

I urge everyone to get involved in fighting this amendment in Missouri. At first I made the easy choice to get in my car and go home. Then I found the strength to make the right choice and it has been a great thing in my life.

Missouri must take a stand and send a firm message to the rest of the nation, Don’t sign a petition that creates a protected right to clone human embryos for experimentation. Young people in particular need to get involved in this fight; we have so much at stake. These decisions will affect us more than our parents. The state, nation, and world in which we will live, work and raise our families is being shaped today. This is our future, let’s keep it bright.

Molly McCann is a 17-year-old senior in high school who is home-schooled using the Mother of Divine Grace curriculum. She enjoys studying French and volunteering in politics. Molly will attend college once she has completed her high school studies. Her web site can be found at www.dontsignalifeaway.org, where she gives facts, tips and strategies that should prove useful to anyone interested in this important issue. She lives in St. Louis.

Novena for the Protection of the Unborn [English]

Novena for the Protection of the Unborn [Spanish]