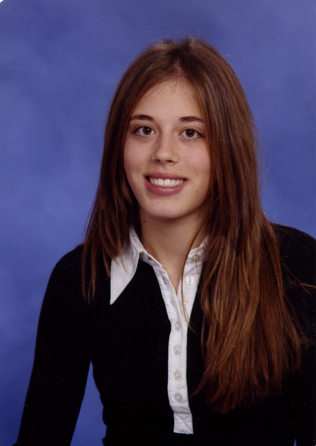 Saint Teresa of Avila
A Paragon of Faith and Virtue

Author's Statement: "I am a freshman at Saint Thomas More Academy in Raleigh, North Carolina. I wrote this essay for theology class. I have always been intrigued and inspired by Saint Teresa of Avila, so I decided to learn more about her for my essay. I think she is an ideal role model, to which teens can relate".


Although she is seldom mentioned, Saint Teresa of Avila is an extremely influential model and teacher of the Church. Her writings have been an inspiration to all devout Catholics, and she remains to this day a role model for all who wish to foster a stronger relationship with God.

Teresa was born in Avila, Spain, in 1515, of a noble family. She was one of nine children, three of whom were from her father's first marriage. This father was excessively strict and pious. He frowned on his wife and his daughter's predilection to read romance novels, which he found frivolous and silly. At age seven, Teresa became interested in the concept of martyrdom, and attempted to make herself a martyr by running away and joining the Moors. When she was twelve, she suffered the loss of her mother. Despite all her grief, though, Teresa was a very typical teenager. She enjoyed flirting, gossiping, and taking part in various other activities her father would not have accepted. In fact, she pushed God aside and grew consumed with worldly pleasures.

When she was sixteen, Teresa was sent by her father to spend a few months in a local Augustinian convent. Although initially Teresa resented being separated from the social life she so loved, this deep, spiritual existence eventually touched her to the core of her being. Thus began her long decision. Would she devote her life entirely to God by becoming a nun, or should she continue the comfortable, shallow lifestyle she had previously fostered? During this protracted decision, Teresa felt torn. She was not interested in marrying, especially after witnessing the miserable marriage experience of her mother. On the other hand, she thought life as a nun would be dull. After all, she thrived on attention and flattery. At first, such a lifestyle seemed unfitting. However, after much time and prayer, Teresa decided to join the convent, a decision she did not reach with ease. In her Selected Writings, Teresa mentions that during her long hours of contemplation, she was visited by the devil, who attempted to thwart her plans. "I had many temptations in those days", she wrote. However, tempted or not, Teresa eventually managed to overcome Satan's taunts, and set off to begin her new spiritual life. In 1534, she made her vows.

When we hear of Saint Teresa's great success, it seems hard to believe that her convent life was initially quite difficult. In vain, she tried to divide her life between prayer and the secularity she once enjoyed, which clearly was not feasible. After all, as a nun, she was obliged to give her entire self to God, not just a fraction of it.

In 1539, Teresa suffered persistent bouts of malaria, which left her permanently weakened. During this time, she gave up on prayer, believing herself to be "too ill" to speak to God. Her struggles in prayer continued until she was forty-one. Being highly intelligent, she often found difficulty keeping her mind focused while she prayed. It was as if her powerful intellect was too strong to be held down. Through this struggle, though, Teresa never ceased to persevere. Day by day, she began to pray more effectively and sincerely, and God rewarded her with great spiritual delights.

At this time, she began to experience God's peace and the joy of being in His presence. She would later write: "O infinite goodness of my God! ... how I long, when I think of this, to be wholly consumed in love for Thee!" Teresa's prayer life eventually grew so profound that she experienced the supernatural. There have been accounts that she was visited by angels, demons, and apparitions of Christ, and underwent real spiritual ecstasies.

In her later years, Teresa accomplished her greatest works. In 1562, she began her reform of the Carmelite order by establishing convents in Avila, Toledo, Valladolid, Salamanca, and Alba. In addition, she founded the order of the Discalced - or barefoot - Carmelites. Teresa was an intelligent woman as well as a talented writer, yet all her works were published posthumously. A few of these include her spiritual biography, The Way of Perfection, a description of the contemplative life in The Foundations, and an account of her endeavors with the Discalced Carmelites in The Interior Castle.

Throughout her various works, Teresa taught the importance of having a virtuous life, saying it was the key to a happy, wholesome life. She also taught that God is our greatest friend, and must be involved in every aspect of our lives. Teresa herself was extremely close to God.

Once, when she was traveling, her cart tipped, spilling her into a muddy stream. Soaked and irritated, Teresa looked to heaven and cried, "God, if this is the way you treat your friends, no wonder you have so few of them!" This proves that to her, God was not merely a distant ruler, but an everyday friend. In fact, a poem found on her desk after her death reads, "Be not perplexed, be not afraid, everything passes, God does not change.... He who has God lacks nothing; God alone suffices". Teresa died in 1582, joyful that she was leaving the earth as a daughter of the Church. She was canonized in 1622, and to this day, Catholics honor her on her feast day, October 15.

Saint Teresa's writings, teachings, and works have been a tremendous inspiration to many Catholics, including me. Just as Teresa was when she first made her vows, I am an adolescent who is trying to develop a greater, deeper love for God, as well as a stronger faith. I find Teresa's perseverance quite inspiring; though she was highly secular and consumed by worldly pleasures, she learned the importance of complete devotion to God. She also experienced difficulty in prayer, yet she persevered. She was an ordinary woman who, through prayer and her own efforts as a teacher and writer, rose to greatness, and her intelligence, talent and spirit has led her to become universally admired and venerated with a privileged place among the Church's saints. To me and other young Catholics, she is a paragon of faith, virtue, and spiritual strength. From her, we all can learn how to deepen our own faith and, most importantly, develop a stronger, lasting friendship with God.