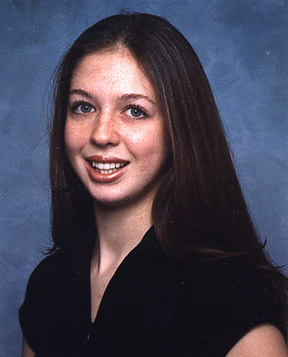 Emma is a fifteen-year-old high school junior. She has been home-schooled her entire life, and is currently a student of Our Lady by the Sea Academy, a home-school co-op program that was developed for her and four of her closest friends. Our Lady by the Sea was organized by the girls' mothers, who wanted to continue to teach the girls at home and also give them the opportunity to attend classes together. Emma lives in San Juan Capistrano, California with her parents and three younger siblings. Her interests include Irish step dancing, fine art, and creative writing. This essay was written as a final project for her sophomore religion class, which covered the Catechism of the Catholic Church and the Catholic perspective on current events.

Lord Jesus, let me know myself and know You, and desire nothing save only You..." -- Saint Augustine of Hippo

Temptation and sin. Though they are intrinsically linked, they remain two separate elements. Temptation is a desire to go against what our conscience, intellect, and religion tell us, and sin is an act against God's will. Coming from the Latin word tentare (meaning to test), temptation can lead to sin -- or to a stronger faith. There are ways to fight both sin and temptation, as modeled by the great saints of the past. We can gain valuable insights by exploring the roots of temptation and sin in the race of human beings, and our ongoing battle in today's society.

Temptation is defined by the Catholic encyclopedia as an enticement to sin, by the offer of some good or pleasure. However, not matter how vivid, strong, or vehement the urge may be, temptation is not a sin until there is a deliberate consent of the human will. People can be plagued by both external and internal temptations; that is, temptations that come from the outside world, or weaknesses that prey upon our inner wills.

Man's sinful nature is a repercussion of the sin of our first parents, Adam and Eve. They were God's children; His most beautiful creations, full of the knowledge of God, and the power to complete His plan for the world. But they were not gods themselves, and through the Lord's gift of free will, they stumbled into the same freely chosen separation as the fallen angels. The woman was tricked, seduced into a lust to be like God; without God, and not in accordance with God. It was this, mankind's first sin, that gave rise to our sinful tendencies. This first act of disobedience forever changed God's relationship with men. Paradise was lost, and Adam and Eve's first descendants were deprived of their essential holiness and justice. Original sin transmitted a fallen state upon the human race, which gave direct rise to concupiscence.

Concupiscence is at the heart of man's internal temptations. It is defined as the disordered desires of the flesh; the inclination to sin that is within all people. Because of Original Sin and consequent concupiscence, the flesh and spirit strive against each other continually, when they should be in accordance. The flesh is one of the three enemies of the human soul, which it must prevail against in order to gain heaven. The soul's other adversaries are the world and the devil. The devil tempts the soul, the world attempts to distract it with material things, and the flesh tries to crush the soul's spirituality with primitive drives and instincts.

In all of History, there have been only two instances of temptation where the persons did not have the disadvantage of concupiscence weighing upon them. The first occurrence, when Adam was tempted to be like God, by forces outside himself, has already been discussed. Adam had an upright and moral nature, with no inner depravity to sway him, but he sinned nonetheless.

The second occasion was the Temptation of Christ. Born without Original Sin, Christ submitted to John's baptism, then fasted forty days in the desert and was tempted before beginning His public ministry. During this time, He was faced with the same temptations as Adam. Satan offered power to both, but while our first father failed and condemned the human race to death, the Son of God became a second Adam, resisted temptation, and redeemed our eternal life.

Sin is an offense against God by any thought, word, deed or omission against His law. The Catholic Church recognizes two different types of sin. Venial sins are small transgressions made without thought or reflection. Mortal Sin is only committed when a person has full knowledge of an action that would be offensive to God, yet carries out the action anyway. The severity of the offense (be it murder or name-calling) does not matter, it is the intention of the sinner that counts.

The number of sins in today's world seems endless, but surprisingly, each one stems from one of only seven roots. The Seven Capital Sins, seemingly obsolete, and almost never discussed in modern classrooms, have given rise to every world evil since the beginning of time. From Anger comes discrimination and racism. Theft and burglary are the products of Envy or Covetousness. Lust is the cause of adultery, the degradation of women, and many more evils. Sloth, Greed, and Gluttony can contribute many more sins and problems, from poverty to alcoholism. All of these sins are lethal, but the very worst Capital Sin is the one from which all other sin stems. The sin of Pride was the first sin ever; the sin of the rebellious angels, and the sin of Adam and Eve in the Garden.

In a sense, all sins are sins of pride, because a humble heart is obedient, while a prideful heart is willful, rebellious, and disobedient to God's laws. The three most commonly violated Capital Sins are Lust, Sloth and Gluttony, and it is by these three that the Devil gains most of his conquests. Catholic doctrine teaches that each person is tempted by one particular Capital Sin and its offshoots, and that they may fight that one sin for their entire life.

Pope John Paul II has called the 20th century the most wicked time period ever. Great wars ravaged the world, secular humanism was brought to us through the entertainment industry, and the murder of innocent children was made legal by abortion. The United States Supreme Court decided that God was not welcome in education, politics, or government, forbidding public prayer or display of religion.

As a result, many people today feel that the concepts of God and traditional religious practices are outdated and of no value to our modern ways of life. The enlightened thinkers of today fancy themselves beyond "medieval" ideas -- such as the Devil and Hell, and classify Old Testament Bible stories as fairy tales. With this Godless view in place, our society feels free to display and condone all types of immorality and corruption.

So how are we to avoid sin and refuse temptation, if everywhere we turn we find opportunities for unchaste, profane, and blasphemous actions? To combat our enemies, both within us and outside us, we should try to follow the saints, who fought the same battles against temptation and sin, and succeeded. The saints are inspirational examples for us, as they shared our fallen human nature, and struggled with their own concupiscence. They achieved Heaven through the desire for salvation and the means of God's grace, and they give us hope for our own salvation. There are so many great saints to choose from, too!

As a young man, Saint Augustine rebelled against the rules of his Christian mother, and for years lived a wild and sinful lifestyle. He even became involved in one of the most prominent heresies of his time, Manicheism. A summation of his thinking during that period of his life comes in a quote from his Confessions: "God, give me chastity and continence -- but not just now". Through the prayers of his mother, and the guidance of his mentor, Saint Ambrose, Augustine managed to turn his life around, eventually becoming the bishop of Hippo, and a Doctor of the Church.

Another Church doctor, Saint Thomas Aquinas, tells us how his prayers were miraculously answered regarding temptation. When Thomas was a young novice in the Dominican order, his disapproving mother and brothers imprisoned him for two years in a family fortress, endeavoring to destroy his vocation. In an attempt to damage his virtue, Thomas's brothers placed a prostitute in his room. After driving her away, Thomas fell to his knees and implored God to grant him integrity of mind and body. He fell into a gentle sleep, and had a vision in which two angels appeared to him, assured him that his prayer had been heard, then placed about his waist a white band, saying "We gird thee with the girdle of perpetual virginity". From that day forward, he never experienced the slightest temptation of the flesh.

Perhaps the best advice of all comes from the writings of Saint Ignatius of Loyola. Biographies of Saint Ignatius reveal that he prayed for the means to imitate the sinless life of Mary, Christ's mother. Our Lady appeared to him, presenting him with her 30 exercises of perfection. These spiritual exercises include reflection, meditation, and examination of conscience. Saint Ignatius's advice on temptation, which has been reiterated by so many other saints, is to practice the virtue opposite of your temptation. If you are tempted to anger, be meek. If you feel pride, humble yourself. If you are envious, give to others. Don't assume you can fight temptation on your own. God's grace is an indispensable part of salvation, and it is important to pray for the strength to fight your weaknesses. Saint Ignatius recommends praying for the courage to resist temptation for the space of one day, one evening, or one hour.

God has called us to be His sons and daughters. He has created us in His image, and given us the power and grace to choose whether we will return to His love and obey Him as our Father. The path toward God cannot be an easy one, as the Blood of Christ was required to repair the damage done by our first parents. We must sacrifice as Jesus has sacrificed to save us. This means fighting not only our internal enemies, but combating the devil and the world around us. By the imitation of the saints, the practice of virtues, and prayer to God, our true Father, it is possible to conquer concupiscence, temptation and sin.