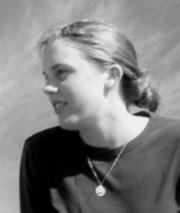 Elizabeth Cheffers is a sixteen-year-old senior at Trivium School in South Lancaster, Massachusetts, the eldest of ten children of Grace and Mark Cheffers of Worcester. She plans to spend next year in Australia, her birthplace, working in an Opus Dei retreat house near Sydney. Trivium is a private school for grades 7-12.

This essay was her senior thesis. The assignment required following the format of the great 13th century Dominican scholastic theologian, Saint Thomas Aquinas. In his Summa theologica, this form included the question (Utrum... - whether...), the objections, the body of the argument (Sed contra - on the contrary), answering the objections (Respondeo dicendum), and conclusion - the form followed in this essay. We are pleased to inaugurate the Voices Publication Award with this essay, which we found thoughtful and engaging - and we suspect that the "Angelic Doctor" himself would agree. - Editor


Whether Christ changed the role of woman.
"It is not good that man should be alone; I will make him a helper as his partner." (Gen 2:18)

With these words God created woman, and presented her to man so that they might in union fill and subdue the Earth. Unfortunately, man and woman sinned, and as a result, not only was their relationship with God distorted, but their relationship with each other was also damaged, such that the woman was subordinated to the man in an unnatural and false way. He made whole again the relationship between man and woman, and restored woman to her original place alongside man, but I say He did more than that. I say that Christ not only restored woman to her original position as a partner with man, but also lifted her up to be a partner with Him.

Objections:
Someone might object to the starting premise that woman was in the original order equal in dignity to man by asking, "what could a woman be useful for that another man would not be able to do better?" For, the The Angelic Doctor says, woman was made, "not , indeed, as a helpmate in other works, as some say, but as a helper in the works of generation" because "man can be more efficiently helped by another man in other works".1 If woman was made solely for the purpose of generation, then she is clearly less a person than man, who exists for his own sake.

A second man might object to the statement that the relationship between man and woman could be changed. Aristotle himself says, "the male is by nature superior, and the female inferior; and the one rules, and the other is ruled. For that which can foresee by the exercise of the mind is by nature intended to be lord and master, and that which can with its body give effect to such foresight is a subject, and by nature a slave".2 Or in another place, "the female is a misbegotten male".3 Therefore, it is in man's very nature that he should rule over woman as his intellectual inferior. Christ would not change the nature of creatures.

Sed contra...
On the contrary, Pope John Paul II says concerning the dignity of all women: "Each of them from the beginning inherits as a woman the dignity of personhood. Jesus of Nazareth confirms this dignity, recalls it, renews it, and makes it a part of the Gospel and of the Redemption".4

The words of Genesis "in the image of God He created them, male and female He created them" (Gen 1:27) make it clear that man and woman are both created in the image of God and so are equally persons, being made in the image of a personal God.5 The fact that they are both made in the image of God means not only that they are individually like Him. It also means that "man and woman, created as a 'unity of the two'6 in their common humanity, are called to live in a communion of love, and in this way to mirror in the world the communion of love that is in God, through which the Three Persons love each other in the intimate mystery of the one divine life".7 Or, as the Magisterium teaches in Gaudium et Spes, to be a person who fully images forth the Triune God means to be a person who "can only find himself through a sincere gift of self".8 Woman was created to help man live more fully in the image of God by being the one to whom man could give himself. If woman were meant to live for man, but not man for woman, then woman would reflect the image of God more fully than man.

The order of the relationship between man and woman changes, of course, when man chooses to disobey God. After telling Eve that she will suffer pain in childbirth, God says, "Yet your desire shall be for your husband, and he shall rule over you". From this point on, the relationship between man and woman is inclined to be deformed by the first kind of subjection described by Saint Thomas; a superior making use of a subject for the superior's own benefit.

The effect of this curse can be clearly seen through history, and especially through the Old Testament. Although holy women are mentioned in the Old Testament, they are looked at as property of a man, not persons in their own right. This can be seen by the fact that many of the patriarchs had more than one wife. Jewish men even used to say a prayer of thanksgiving to God that they were made men, and not women.11

When Christ came, He changed the worldly perception of the inherent dignity of a woman. Christ treats women as persons in the own right; He does not hesitate to speak of the great matters of faith with them. He speaks to the Samaritan woman at the well about the "living water", (Jn 4:10) with Martha about the fact that He is "the resurrection and the life", (Jn 11:25) and calls an old woman with a stoop "a daughter of Abraham", (Lk 13:16) while up to the point only the phrase "son of Abraham" appeared in Scripture. Women are the only ones at the foot of the cross, besides Saint John. They are the first witnesses of the resurrection. Christ prays to the Father "that all may be one as we are one", and acts accordingly. Christ did not elevate woman to a place above man, but the change in the role of woman after Christ came was more dramatic than the change in the role of man. Christ had to first fully restore woman's dignity and personhood to her before He could elevate both man and woman to an even higher calling.

Christ introduces this higher calling, the concept of celibacy for the kingdom of heaven, when He says, "there are eunuchs who have made themselves eunuchs for the kingdom of heaven. He who is able to receive this let him receive it" (Mt 19:12). Woman, as well as man, is elevated above her original position in the garden by this call to be a sign of heaven where "they neither marry, nor are given in marriage, but live like angels in heaven" (Mk 12:25). Christ also elevates motherhood from a motherhood of the flesh to one of the spirit by being born of Mary. Just as all women had inherited the calling to be a physical mother from Eve, all women now inherit the calling to be a spiritual mother from Mary.

Respondeo dicendum
In answer to the first objection, that woman is useful only as a means for man to propagate the human race, because in an other matter a man would be better, I say that when God saw "it is not good for man to be alone" (Gen 2:18), He gave Adam not another man to heal his loneliness, but a woman. Man cannot give himself to another man as he can give himself to a woman.12 As was explained before, man and woman are not just made in the image of God individually, but as a communion of persons, they mirror the way in which the three persons of the Trinity complete one another. Because both man and woman are made in the image of God, the qualities of masculinity and femininity that each possesses are both present in God, and so each is necessary to complete the other's very being. Therefore, woman is created for her own sake as well as for man. The Church affirms the truth that women are not only necessary to produce children by stating that marriage has two ends; unitive and procreative.13 The old idea that polygamy is permissible is a clear effect of the idea that woman created for the purpose of generation. If woman were created for the purpose of propagating the human race, then it would be a good thing for a man to have more than one wife, because he could have more children. Marriage is not just for the purpose of procreation; it is also intended for the mutual perfection of the spouses.

In answer to the second objection, that it is reasonable that man should rule over woman: Aristotle is correct in that man is the natural head of woman. Aristotle is clearly affected by original sin, however, in his view of why a husband should practice this headship. Aristotle saw the relationship falsely because he started with the premise that woman is by nature a slave, not being intelligent enough to do anything but use her body.

Just because woman is, in the natural order, subject to man, does not mean that she is less intelligent. Presuming the analogy between the created and the creator, one could also ask why the Father is the sender and the Son is sent. Clearly it is not because of any deficiency in the Son. The mystery of why the Father is the initiator and why man is the head is too great to comprehend, but it is foolishness to assume that it is because of a higher level of intelligence.

Conclusion
In conclusion, it can be easily seen that when Christ came He restored to woman her original place with man. As the Church sings in the Easter sequence, however, the sin of Adam was a "Happy Fault", because when Christ came He lifted man and woman up to a place they had not possessed in the garden. He made them able to participate in the kingdom of heaven here on Earth through a life of celibacy. He elevated motherhood from a motherhood purely of flesh to one also of the spirit.

What Christ did not do was change the essential submissive character of femininity. He did something greater than simply giving woman earthly power. He made submission by free choice and out of love the highest good of mankind by His example of submission to the Father. The mystery of femininity, that "to serve means to reign" 14 is also the essential mystery and beauty of Christianty itself.